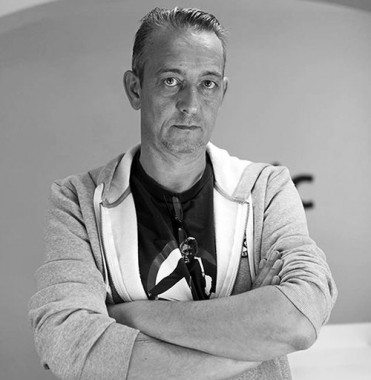 We’re only human after all!

I couldn’t pass on the opportunity to use a line of Rag’n’Bone Man’s mega hit as the title for this piece since it’s not only an appropriate title for my thoughts on the ‘Festivals in a troubled Europe’-theme, but a sneaky way to promote the first edition of our upcoming AWAKE festival where Rag’n’Bone Man will be a headliner and making his Romanian live debut! Check it out on WWW.AWAKEFESTIVAL.RO and it would be great to see as many of you as possible in the heart of Transylvania on the first weekend of September. Allright, promoter’s job done! ☺

The theme of the EEMC-panel that I will be participating in is no laughing matter.
“FESTIVALS IN A TROUBLED EUROPE.
MULTICULTARISM VS. NATIONALISM.
UNITY VERSUS DISCORD!”

I’ve never been a fan of one particular genre of music, artist or band.
To me there is ‘music I like and music I don’t like’ and I can’t bring myself to ‘hate’ music; any kind of music.
So if it is up to me, from a musical point of view, my favorite festival would be one where I can see AND a great rock act AND a great alternative band AND a great pop act AND whatever other ‘genre’.
I don’t see the discord between the genres. I only see the unity of the vibes; the music.

When in 2007, Emagic gave birth to B’Estfest, that was exactly what we wanted the festival to be; a place where open minded music lovers would gather and enjoy the unity of music and vibes and respect the musical preferences of their fellow festival goers.
And we pushed the envelope pretty far…by having acts as diverse as Cypress Hill and Wu Tang Clan, Pink and Nelly Furtado, Franz Ferdinand and The Killers or Motorhead and Marylin Manson all sharing the same main festival stage at any given moment.

In hindsight however, this ‘policy’ is probably one of the reasons why there is no longer a B’Estfest!
It looks like a majority of festival goers do not feel the way I do. Tough luck! Lots of people can apparently only feel good among their peers, among the like-minded, among those that share the same tastes and preferences.
And this is obviously not just the trend at music festivals; hence the increased appeal of politicians that preach nationalism, anti-immigration movements and religious hate speech.

Now, as an individual I might regret this, but as a festival promoter that needs to pay the bills it is my duty ‘to give the people what they want’, right!?

It’s not as simple as that!

I do not consider it my duty to ‘educate’ people, but I do feel an obligation to incorporate some of the values that I consider important for a healthy society in the festival concept that I help to give life.
I want to be proud of ‘my’ festival; even if financially it does not fulfill its promise. I want it to mean something. To shake up something. To – why not? – change something in the end.

With our new festival , AWAKE , musically we are going for a combination of FUN & FRESH acts, but the unique location of the festival – in the heart of Trasylvania’s Mures County, a region in which ethnic Romanians, Hungarians and Germans have settled – also gives us the opportunity to ‘UNITE’ , to promote ‘MULTICULTURALISM’, to create a little island of hope in a world that seems to be ever more prone to answer complicated international problems with simple nationalistic slogans and movements.

We are not political, but we are human and do not only want to put a great new festival on the map, but also to share our version of ‘humanity’ with as many other humans as possible.
Humans that are seeking for peace in a troubled world, that want to learn about (and interact with) cultures that are alien to their own and people who embrace what unites us instead of exploiting what divides us.

Looking forward to meet a few of you humans in Sibiu at EEMC.

In the meantime, stay Awake!